Please Select a Section to Skip to

At Last the 2017 Jeep Grand Cherokee 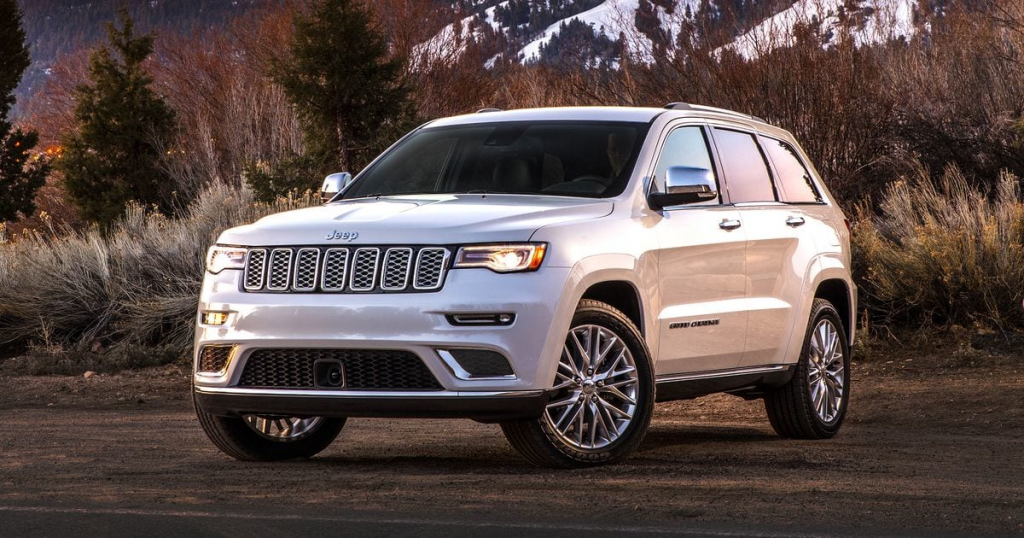 San Bernardino has seen more than its fair share of Jeep® vehicles, and this summer adds one more to the mix as the 2017 Jeep Grand Cherokee makes its way to Jeep dealers from coast to coast. If you’re shopping for a new SUV, it’s time to come to Jeep Chrysler Dodge of Ontario and see what the new Jeep Grand Cherokee has to offer you.

Next year brings the 2018 Jeep Grand Cherokee, which will usher in a new generation of the popular crossover. Because of that, we didn’t expect big changes for the 2017 model year. What we’re seeing now confirms our suspicions. Much of the technology carries over from 2016. So, too, do the powertrains, which include a 3.6-liter V-6 engine, a V-6 3.0-liter EcoDiesel engine, a 5.7-liter Hemi V-8 engine, and — in the speed demon Jeep Grand Cherokee SRT — a 6.4-liter V-8 engine that tops out at 475 horsepower. While all this is familiar, there are some new things in store.

The other trim level — the Trailhawk — is new, and slots in alongside the ones carrying over from last year (the Laredo, Limited, Overland, Summit, and SRT). Although 4×4 drive lines are hard-wired into the Jeep DNA, the Trailhawk is a beast even by Jeep standards. It’s equipped with the Quadra-Drive II 4×4 system, Quadra-Lift air suspension, and an electronic limited-slip differential, which should make it a formidable off-roading machine.

The 2017 calendar year — model year 2018 — is a major one for Jeep. The Jeep Wrangler enters its next generation, two new vehicles enter the lineup, and the Jeep Grand Cherokee celebrates its 25th year. We wouldn’t be surprised to see a limited commemorative edition Jeep Grand Cherokee around this time next year. But that’s some way off still. In the meantime, Jeep is bringing down the curtain on the current generation of the Jeep Grand Cherokee with a flourish– this is clearly the best year yet for the Jeep Grand Cherokee. Visit your San Bernardino Jeep dealership at 1202 Auto Center Drive in Ontario, CA, or call Jeep Chrysler Dodge of Ontario at (866) 233-0123 to schedule a test drive or for answers to your questions.

While great effort is made to ensure the accuracy of the information on this site, errors can occur.
Please verify all pricing information with a customer service representative.
This is easily done by calling us or visiting us at the dealership.

Listed below are your saved and recently viewed vehicles

You can also view your saved vehicles on other devices. Sign up

Have your vehicles with you

Save your favorite vehicles for later viewing on your desktop or mobile devices.

Keep track of all the vehicles you've viewed for a better car shopping experience.

Narrow your search by comparing your favorite vehicles.

Get a Quick Quote